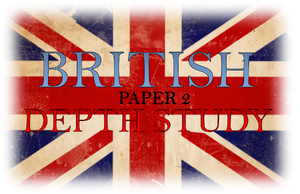 The British Depth Study encapsulates the social and political growth and decline of Britain in the years 1900-1918, featuring major historical landmarks such as the liberal seizure of power in 1906, followed by the subsequent reformations thereafter, the pursuit of enfranchisement for women, a detailed timeline of events and views of suffagists and suffragettes. Finally , we follow Britain during the wartime periods of 1914-1918 - however instead of following the trench warfare on the Western Front, we take a look at the national re-organisation and emergency governmental actions brought in, in the form of DORA, propaganda and conscription. In our series, we'll be overviewing these major parts in our video and podcast series, whilst our magazines provide additional reading alongside tips and tricks for revision. 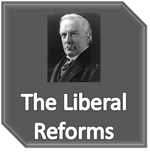 Today, we refer to Britain as a social system embedded within a welfare state, where our healthcare, our employment and our general welbeing is safeguarded by Government initiatives refined over many years, but at the turn of the 20th century, the Conservative party in power at the time had a much different "lassiez Faire" view, until the landslide victory of the liberal party in 1906, when things would start to change...> 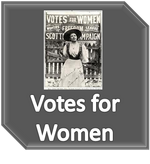 For women in the Victorian era, there were little prospects in terms of employment, power or a right to voice your opinions within a male-dominated Government body. You were a housewife, you were teacher, or you were a women left to the workhouse or the streets, a future of destitution. Social change, however, was just around the corner, and a group of prominent women would spend over 30 years in the pursuit of enfranchisement. This article takes a look at the emergence of suffrage installations for women in the ...> 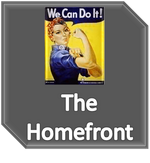 In 1914, after year of tension brewing between the alliance and the entente, war would descend onto Europe like a ravenous plague, killing thousands, millions of men in the space of 4 years, it's aftermath, it can be said, led to every other occurrence in the world, from obvious being the second world war, to the more obscure - the growth of Ford can be placed on the war-profiteering from armament sales. But what was happening back at home during these years that would change the world? Some major political interactions that would lead to the enfranchisement of women, the establishment of DORA and even daylight saving ...> 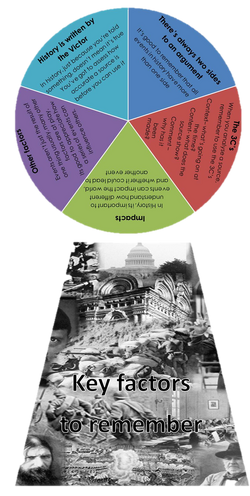 Remember! Paper 2 is sourced-based,that means you'll need to use all of your analysis skills to decipher, depict and describe the messages, the purposes and the reliabilities of several cartoons,quotes and photographs! Just remember the 5 key facts when analysing a source:

​Context– what’s going on at the time?

Context– what’s going on at the time?

So you might be asking who David Lloyd George Is. Well, he was a British Liberal politician and statesman. He was Prime Minister of the United Kingdom at the head of a wartime coalition government between the years 1916–22 and was the Leader of the Liberal Party from 1926–31. He was mostly known for his role as prime minister, guiding Britain through the Great War and ultimately defeating Germany & her allies. He also played a very large part in the peace negotiations between Germany and the allied forces, which in indirect effect reordered the world & how it is run. He is also highly known as a fine example of British Liberalism & is often seen as an example of Liberalism in the 20th century, and is sometimes even regarded as the man who had the most impact on the average working class citizen of Britain due to his large role spearheading the operation to get new liberalism policies into the British law system. So who was David Lloyd George before he became one of the most important men in 20th century history? ...>

Retrieved from "https://flashback-history.fandom.com/wiki/British_Depth_Study?oldid=4125"
Community content is available under CC-BY-SA unless otherwise noted.