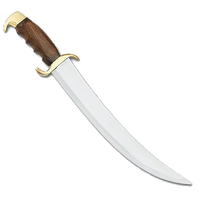 After years of planning, the building blocks of Hitler’s police state were rapidly falling into place. By 1934, he was primed to take over commander-in-chief and presidential roles, to constitute the Fuhrer. This was after becoming chancellor and successfully displaying the communist rising in Germany as the cause of the February 1933 Reichstag Fire, which subsequently led to the passing of the Enabling Act with the aid of the Catholic Centre Party, on the 23rd March. After this, with the ability to pass any law without Reichstag consultation, the NSDAP rolled out the eradication of communists, alongside all other political opposition, the birth of a police state with the gestapo, the disbandment of trade unions and, before the death of Hindenburg, the infamous night of the long knives.

Hitler’s paranoia drove him to fear revolution, so he encouraged competition amongst senior Nazis, including Goering, Himmler, Goebbels and Rohm so they could cancel out each other’s threat. The power of Rohm became envied and detested amongst Nazis, as the SA had just over 3 million personnel in 1933, so moves were taken to undermine his control. The Sturmabteilung or the SA became an integral ‘motivator’ during the ascension of the Nazi party, indeed once Ernst Rohm, chief of staff, was amongst the original Nazis, but into the 30’s the rift between Hitler and Rohm became greater and greater. Rohm wanted control of the army, and tensions between the army and the SA were high as Himmler incited dispute between the two. Unfortunately for Rohm, Hitler was now in a position to make his word law, he didn’t need to exercise the violent regime he once chose to, so Ernst had lost his bargaining chip he had once had, meaning his ability to influence decisions declined. Rohm’s liberal conversation against Hitler – “Hitler is a swine”, also exacerbated the deterioration of relations; and Hitler already despised Rohm’s arrogance and feared his intelligence. Despite this, a dossier manufactured by Reinhard Heydrich suggesting Rohm was to be paid 12 million marks by the French to overthrow Hitler was met with disbelief by the then chancellor, but the increasing pressure of Nazi industrialists led to anti-SA sentiment to cultivate. There was a growing militant division within the SA, with a perceived increasing socialistic ideology behind some of the leaders including Rohm, who apparently wanted a second socialist revolution to match Red October. He supposedly was already recruiting communists and wanted an alliance with Russia. The minor other influences towards 30th June 1934 was quantified by the scandalous behaviour of some members which contrasted Nazi ideal. Rohm's drunkeness and homosexuality certainly exacerbated Hitler's movements against the SA.

Hitler was aware Rohm had the power to remove him, and with information being drip-fed to him of the SA deceit, he ordered all SA leaders to attend a meeting in the Hanselbauer Hotel in Wiesse, under the advice of Goering and Himmler. On 29th June, 1934. Hitler, accompanied by the Schutzstaffel (SS), arrived at Wiesse, where he personally arrested Ernst Rohm. Over the next day, code word ‘hummingbird’ was exercised, leading to over 400 SA soldiers and leaders being arrested and shot in cold blood. Hitler initially wanted to pardon Rohm, but after pressurisation from Goering and Himmler, Hitler ordered Rohm, once a key to the NSDAP, to be executed if he chose not to commit suicide. He died in the gunfire of 2 SS men. During the summer of 1934, Hindenburg grew increasingly alarmed at Nazi excesses. Reportedly, he was so displeased that he seriously considered cashiering Hitler and declaring martial law, in fact wit tension building in the country, he was even close to giving power to the army, but the night of the long knives was Hitler’s justification of a reduction of pressure. On the 2nd August, Paul Von Hindenburg, president of Germany, died of Lung cancer, aged 86. Then 19th August, 1934, following the death of Hindenburg, Hitler took over the office of president and leader of the army, to which soldiers had to swear a life oath to Hitler. From now on, the amalgamation of Germany's Head of State and Head of government led to the completion of the progress of Gleichschaltung. No one could now remove Hitler, and the new power warranted Hitler’s new title he would keep for the rest of his life; the Fuhrer.</span>

Retrieved from "https://flashback-history.fandom.com/wiki/The_Night_of_the_Long_Knives?oldid=4180"
Community content is available under CC-BY-SA unless otherwise noted.