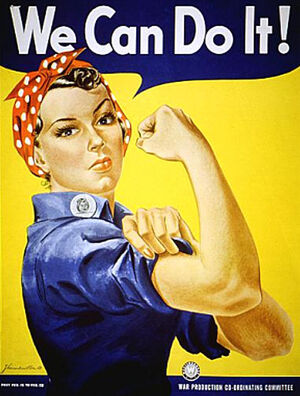 Britain and the Home Front during the First World War

On Monday 4th August 1914, Britain declared war on Germany. The date was a sunny bank holiday Monday and people were enjoying the sunshine on the beaches, in parks and at the pub. Few realised the impact and horrors that lay ahead. Most believed it would be a short war; ‘over by Christmas.’ This war was to involve millions of fighting men and touch every home in the country.

When war broke out, the professional army of Britain was a small fighting force of around 250,000 men. Lord Kitchener, Secretary of State for War, informed the government that a fighting force of nearly one million men would be needed. A massive recruitment drive followed: offices were set up in every town, posters encouraged men to enlist and women were encouraged to allow their men to go off to fight. The campaign was a roaring success; so much so that there were not enough uniforms for all of the new men! Men joined up as part of football teams, work places and school groups. These became known as ‘Pals’ battalions. By March 1916, 2.5 million men had volunteered.

It soon became clear that the war would not be over by Christmas – Kitchener himself predicted it would take three years. Casualties increased and had to be replaced. The government saw that volunteers would not be enough to make up the losses. In January 1916 Parliament passed the first Conscription Act. This made military service compulsory for all single men between the ages of 18 and 41. In April 1916 this was extended to include all married men. Many regarded conscription as fair: all men, in all sections of society had to share the burden of fighting. Some men, however, were excluded from conscription: for example, those in vital industries of munitions and mining.

Some men opposed conscription and became known as ‘conchies.’ These men, for religious or humanitarian reasons, could not contemplate killing another human. These men had to convince a tribunal that these reasons were genuine and not simple cowardice. Once convinced, a tribunal could order a conchie to take part in non-combatant service at the front.

War on the Home Front

The First World War saw the first total war: not only was the war fought on the battlefields of France, Belgium and Turkey but the violence of war was also bought home to mainland Britain. The destruction began early in the war: in December 1914 German battleships shelled coastal towns along the north-east of Britain. In Scarborough, Whitby and Hartlepool a total of 119 men, women and children were killed. The event was used in propaganda posters to stir up anti-German feeling on the Home Front. Zeppelin attacks also delivered devastating results. Starting in Great Yarmouth and Kings Lynn in Norfolk, in January 1915 these huge, cigar-shaped airships started the first of 57 raids on British towns, killing a total of 564 people and injuring 1370.

The death caused by the enemy on mainland Britain highlighted the fact that everyone was involved, and at risk, from the war. The attacks along the east coast instilled a fear in the public that there was a strong possibility that the Germans were preparing an invasion force. The attacks along the east coast took the government by surprise – they responded by installing searchlights and setting up anti-aircraft guns.

How was Britain organised for ‘total war’?

Ensuring there were enough men to fight in the war was only part of the challenge the government faced during the four years of war. They had to find ways of keeping the country’s economy growing so that the war effort could be continued. On 8 August 1914 Parliament passed the Defence of the Realm Act, nicknamed DORA. These acts gave the government powers to bypass Parliament in this time of war. It meant that the government could now control almost every element of people’s lives.

One of the first things the government took control of was the coal industry so that mines could be run for the benefit of the war effort and not the mine owners. Under DORA the miners were not conscripted into the armed forces as they were classed as performing vital work. By 1915 the munitions industry simply could not keep up with the demand for shells, bullets and guns from the Western Front. This crisis was exposed in the Daily Mail newspaper as a national scandal. In response the government established the Ministry of Munitions, headed by Lloyd George. New National Shell factories were built in which the latest machinery was installed into.

One vital industry during the war was the railways. Vital for transporting troops, the government took control of the railways and ran them as a unified system.

A year before the war broke out, in 1913, Britain was already reliant upon foreign food. 40% of its meat, 80% of wheat and 50% of milk, fruit and vegetables and all of its sugar! As an island nation, all of these imports had to come by sea. From the outset of the war it was understood that an enemy with effective sea power could starve Britain to death and defeat in the war. However, British sea power was still strong and supplies continued to arrive from the Empire and the US. The situation, however, did become serious in 1917 when German U-boats were sinking one in four merchant ships. By April 1917 Britain was down to just nine weeks’ supply of wheat and four days’ supply of sugar. As food ran short, prices shot up. The rich hoarded food whilst the poorest people could not even afford basics such as bread.

Lloyd George, the Prime Minister, tackled the problem by persuading farmers to turn their pasture into arable land; by 1918 an additional 3 million acres had been bought into cultivation. The government subsided the price of bread so that even the poorest families could afford a ‘nine penny loaf’. Posters were published to encourage people to eat less bread. Compulsory rationing was also introduced. In 1918, sugar, jam, meat, butter and margarine were all rationed. This continued after the war, with sugar only coming off ration in November 1920!

In the early years of the war there was a feeling to carry on as usual. On one hand this kept peoples morale high. But on the other hand, it was a disastrous attitude. ‘Business as usual’ meant eating whatever you wanted, getting drunk, not working to your full ability at work or complaining about wartime wages. It could have been disastrous for the war effort. In 1915 Lloyd George attacked the idea and persuaded the King to set an example by giving up alcohol. Using the powers of DORA, Lloyd George cancelled Guy Fawkes’ night, the football league, horse race meetings and the Oxford and Cambridge boat race.

The effectiveness of propaganda during the war

During the war years the purpose of propaganda was to keep up morale, encourage people to support the war effort and to create hatred of the enemy. Propaganda also included the control of information and censorship. The role of the press and newspapers was vital was this was the publics main source of information. At the start of the war newspaper reporters were not allowed at the Front at all – the government gave newspapers a summary of what was happening. There was a policy of printing no bad news – the first casualty list did not appear until May 1915. Words were also carefully chosen – not many people were killed: they ‘fell’. Nor did they suffer from shell shock – they were simply ‘broken heroes.’ The problem with such reports was that soldiers knew they were wrong. A gap was created between the people at home and the soldiers, the soldiers who knew the truth about the war. Many soldiers went home after the war unable to talk about their experiences, as there was a feeling that the people at home had believed the lies too easily.

The government used the visual impact of posters and postcards to the full. In the first year of the war alone between two and five million copies of 110 posters were issued. There were many official films produced during the war that usually mocked the Germans and praised the efforts of the British. The most famous film was The Battle of the Somme, which was shown in cinemas before the actual battle had ended! Many scenes from the film were actually staged.

Retrieved from "https://flashback-history.fandom.com/wiki/The_homefront?oldid=4105"
Community content is available under CC-BY-SA unless otherwise noted.